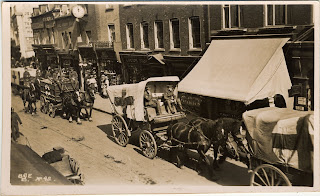 Friday 15th December 1916 It is reported that an actor named Hugh McNagel was brought up in Bedford on the charge of being a deserter of the Royal Army Medical Corps. McNagel had been with the R.A.M.C. on the battlefield in France. He has been identified by a Lance-Corporal as having deserted his regiment in June. McNagel has pled guilty, stating that there were documents proving he had deserted in order to join a combatant Irish Regiment, and requested these be given to the escort. This was agreed to and McNagel was given over to a military escort.