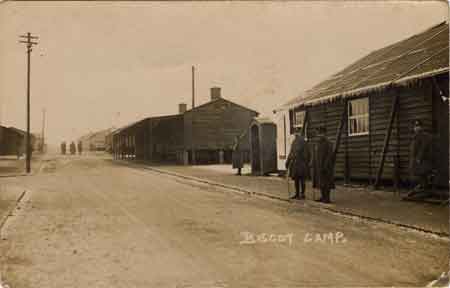 Friday 25th January 1918: A court-martial has been held today at Biscot to investigate charges against Captain Charles Lane of the Royal Field Artillery of conduct prejudicial to good order and military discipline. It was said that on July 20th he sent a chicken, ham and other foodstuffs, and on August 11th a ham, from the Officers’ Mess to his billet. Evidence was given by his commanding officer that Captain Lane had been appointed as mess caterer on 8th April 1917, and by Gunner Percy Walter Beale, formerly chef of the mess, that he had taken food to Captain Lane’s billed at his request. Two other men stated that he had taken food, and Lieutenant Clyde T. Wilson told the court martial that Captain Lane admitted to him that he had sent hampers of food to his billet.

Captain Lane pleaded guilty, admitting that the food was sent, but claiming that as mess caterer he was entitled to it. He stated that the mess was in a very unsatisfactory state when he took over, and within two months had produced a bank balance of £40 on the messing accounts, given better food, and reduced the mess subscription from two shillings and sixpence to two shillings per day. As he had been appointed with “a free hand” he regarded the food and money as his own, and held that he was in the same position as a civilian caterer to a mess. Other officers and Colonel C. H. Alexander, the Commandant at Biscot, gave Captain Lane the very highest character and did not believe him capable of the conduct alleged in the charge.[1]

[1]  A number of mess assistants and storekeepers at Biscot were prosecuted at Luton Police Court on charges of theft and conspiracy to steal provisions in December 1917; the outcome of the prosecution is not known.
Posted by Kathryn at 07:00