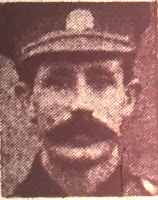 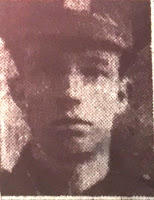 Sunday 10th June 1917: The experiences of the village of Sundon give an idea of the impact the war is having on many small communities. From a population of only around 350 people, around 60 have joined the forces. In the area known as ‘Slate Hall’ in Upper Sundon nearly every house has suffered a casualty in the recent fighting. Private Percy Hull and his son Private Percy John Hull enlisted together and have both been wounded. The father was hit in the side and head at the Somme in October last year and has now been discharged from the Army; the son was sounded at Arras on April 24th and is now progressing favourably in hospital. A second son, 19 year old Gunner Fred Hull enlisted last October and is now on his way to the Front. Sergeant Fred Marlow enlisted as a private in the Bedfordshire Regiment in November 1915 and was killed on April 29th, the day after receiving promotion to the rank of sergeant. He was “just going to send a fairy light up for a signal for the artillery to open fire, when a sniper shot him through the head.” Sergeant Marlow’s brother George, who enlisted with the Bedfords in December 1914, has been wounded twice and hospitalised with a skin disease, but has now returned to his regiment. Their uncle, Private C Marlow is a patient in a military hospital in Yorkshire after serving at the Front, and his cousin Private Fred Marlow is in Egypt with the Essex Regiment.

The wife of Private John Jellis was notified last September that her husband was missing. After eight months of uncertainty she finally received official notification last month that he had been killed in action. Before the war her husband worked at the Gas Works in Luton. Another Sundon man, Private Arthur Eames, was reported missing on April 29th; his sister is anxious for any information regarding her brother. Another brother, Private T. Eames served in France for 16 months before suffering a wound so severe that his arm was amputated above the elbow. He is now waiting for his official discharge and for admission to Roehampton hospital to receive an artificial arm. Other Sundon casualties include Private George Hull (killed in April) [1]; his brother Private Frank Hull (wounded);Private John Day (wounded); Private Herbert Ward Sanders (wounded); and Lance-Corporal Muckleston (gassed accidentally at a gassing school)

[1] No relation to the Hull family mentioned above. Twenty one men are listed on the Sundon war memorial; most were killed later in 1917 or in 1918.
Posted by Kathryn at 07:00