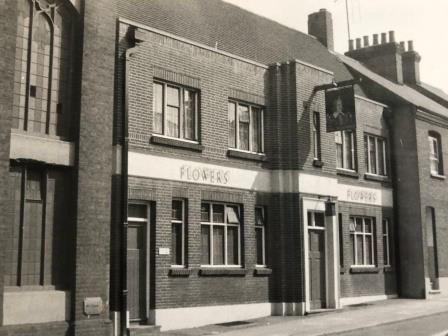 Friday 28th December 1917:  Four Luton soldiers have appeared in front of the magistrates after going absent without leave to get home for Christmas. Lance-Corporal Arthur Odell, aged 31 went missing from the Eastern Command Labour Corps on Monday and was found in bed at his home at 8, Spring Place by the police. Frederick Solomon of the Royal East Kent Regiment giggled when his name was called and claimed he was not absent without leave but had merely overstayed it. He was found at his home, the Richard III public house on Castle Street, on Wednesday. Private Charles Fensome had stayed three days beyond the end of his leave from the Essex Regiment, and was found at home after the police received information from his father. All three were remanded to await an escort back to their units.

The court was more sympathetic to Lance Corporal Thomas Spacey of the Bedfordshire Regiment, who appeared in court wearing the uniform of a wounded man and walking with the aid of a stick. Police Inspector Janes explained that he had received a telegram from the Commandant of a V.A.D. hospital at Rochester about Corporal Spacey. He went to the home of the 19 year old soldier’s parents at Alfred Street and found him there. Inspector Janes explained that the young man had been in hospital for a long time and was anxious to spend a few hours with his parents, but had been refused leave as the hospital authorities thought it was in his own interest to stay. On Wednesday Spacey applied at a Special Court for permission to go home. He showed the Clerk a medical certificate stating that his mother was very ill. As the escort had not yet arrived to take him back to the hospital and his wounded leg had received proper medical attention the magistrate gave him permission to go home until the escort came for him; if they had not arrived by then he must report to the Police Court tomorrow morning.

A fifth Luton soldier could hardly explain his absence as a desire to be home for Christmas. Private Herbert Henry Smith of the Anti-Aircraft Service was found in the kitchen of a common lodging house and when asked for his pass he said he had lost it. On investigation the police found that Private Smith had been absent for two months; he enlisted on September 20th but deserted barely a month later on October 24th.